Seven Things to Do in Cañon City After Rafting 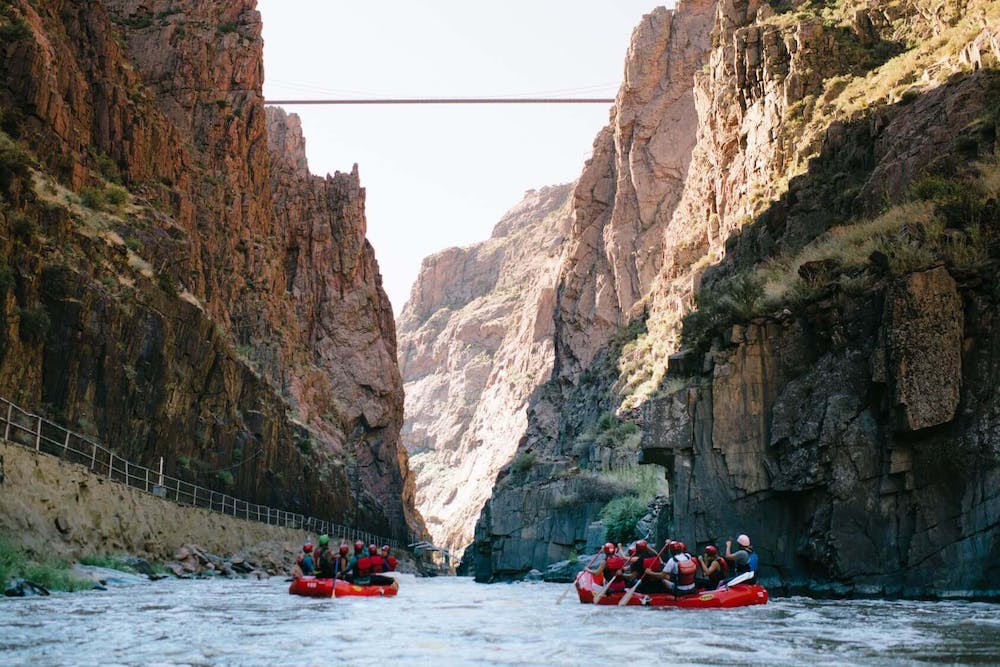 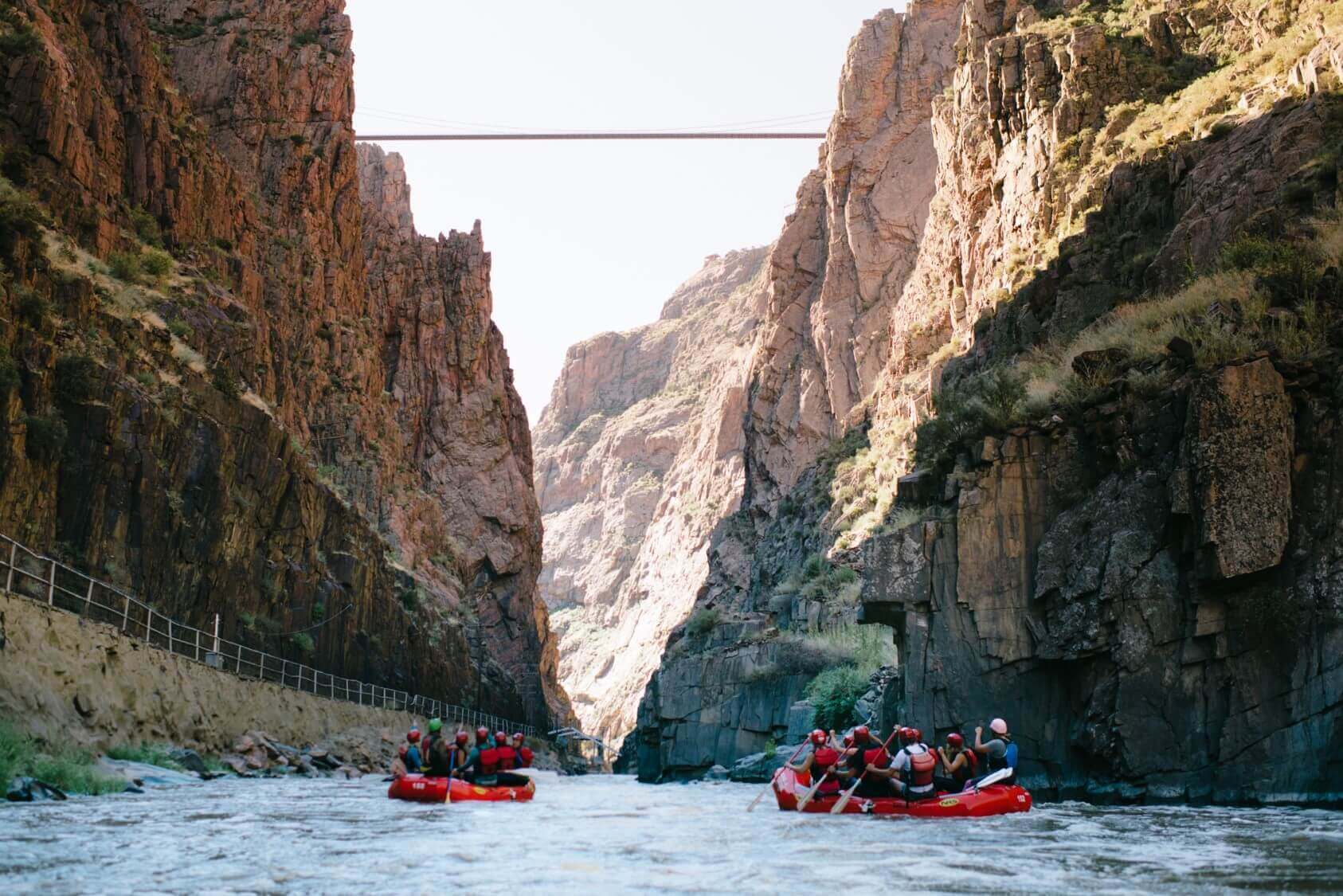 One hundred miles south of Denver, Cañon City, CO, is a gateway to adventure. The region is home to abundant outdoor recreation from climbing to white water rafting. After you spend the morning riding some rapids, spend the afternoon and evening exploring these seven spots in the historic town of Cañon City:

Study some of the biggest bones of the past at the Royal Gorge Dinosaur Experience. The museum features full-scale dinosaur fossil casts, interactive displays, and hands-on exhibits that pull you into The Land Before Time era of these magnificent creatures. Bonus: don’t miss their multi-story ropes course!

You may have rafted through the Royal Gorge—now it’s time to stand on top of it! With an incredible 360 degree view, the Royal Gorge Bridge is one of the world’s highest suspension bridges. Take a gondola ride 2,200 feet across the canyon—1,200 feet above the Arkansas River—and enjoy the Sangre de Cristo Mountains. If you want to take in the breathtaking views of the Royal Gorge from the river and the bridge in one trip, check out American Adventure’s Royal Gorge Raft + Bridge Package.

As the sun sets, enjoy live music in the shadow of majestic mountains. The Royal Gorge Park holds a yearly summer concert series, featuring performances from musicians such as Pam Tillis, Diamond Rio, and John Michael Montgomery. Bring along plenty of warm layers, blankets and a picnic basket chock-full of delicious snacks. For long-distance travelers and brew lovers, campgrounds abound!

If you need another adrenaline kick after paddling through the rapids, fly over the Royal Gorge on the “World’s Scariest Skycoaster”. Lay in your harness and open your arms as you swing 1,200 feet above the water and canyon walls.

Penitentiaries are a fascinating, definitive piece of Colorado’s history. The Museum of Colorado Prisons is look back in time. A stone wall and armed towers connect the museum to a prison that’s been in operation since 1871. The exhibits span more than 140 years into the past to share stories of the prison system’s staff, inmates, and atmosphere. Visitors can also glimpse a historical cell house: the original Women’s Correctional Facility, which was built in 1935.

Swing by the Holy Cross Abbey’s tasting room post-rafting for another type of soak: absorb the pastoral landscape with a flight tasting and views of the Wet Mountains. In a short three-year span, Holy Cross Abbey has received more than 100 awards and medals, including international accolades. Artisan cheeses, bread, fruits and chocolates round out the tasty offerings.

After riding the rapids, rinse off in the river and don your suspenders for a first-class dinner train ride, via the Royal Gorge Route Railroad. The three-course evening celebrates the railroad tradition of fine dining, and couples sit across the table from one another in a restored dining car or the Vista Dome—which offers wide-open views of the extreme Royal Gorge canyon. If you’re looking for a more casual option, American Adventure offers a Royal Gorge Raft + Train Experience, where you will ride the rapids in the morning and take in the stunning scenery of the Royal Gorge from the train in the afternoon.

No matter what kind of vacation you’re looking for, Cañon City offers something for everyone! Of course, no trip to Cañon City is complete without riding some of the best rapids Colorado has to offer. Start planning your Cañon City rafting trip with American Adventure Expeditions today!

For each location, call ahead for reservations, tickets and to confirm hours of operation.