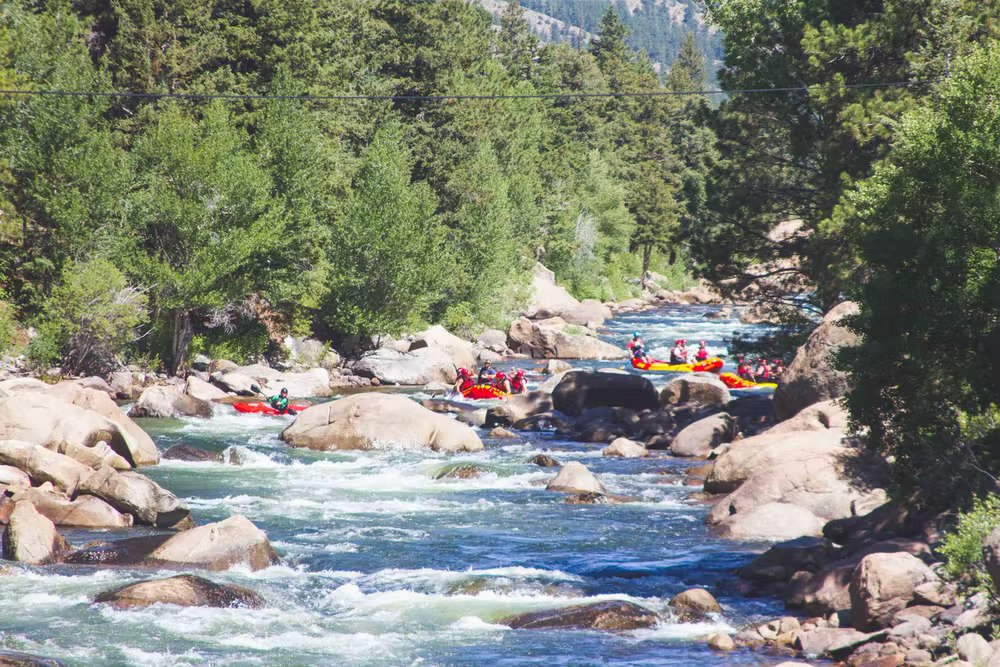 When is White Water Rafting Season?

Five sections of river. Four different regions to explore. Smiles for miles across crested waves.  White water rafting season is a Colorado staple –  many Coloradans or Centennial State visitors jump into a raft each summer with a top-of-the-line paddle expert.

If you’re looking into trying your hand at some of the best rapids Colorado has to offer, the first question you should ask is: When is the best time to go white water rafting in Colorado?

The whitewater rafting season in Colorado is generally from May to September. Occasionally, trips can run as early as April, and if water levels allow the season can extend into October, but typically Labor Day weekend is when it all concludes.

However, there are some difficult-to-predict factors that play into the conditions on a river trip. The previous snow season, current weather and subsequent water flow will all determine the length of the season and the strength of the rapids.

The Arkansas River is fed by snowmelt, which comes down from snow that has accumulated over the winter on the Rocky Mountains. As spring ushers in gradually warmer temperatures and sunshine, the snow runoff funnels down and feeds into the whitewater flow.

The number of consecutive warm days affects how quickly the river flow increases. If the air temperatures oscillate, then the flow will rollercoaster to reflect it. Alternatively, if there is a huge sunny spell (coupled with no additional rain), then the water levels will initially be consistently high with the snowmelt and then begin to drop.

Water level measurements use units called CFS, or, cubic feet per second. The Arkansas River runs at an average 1,000 CFS but has seen flows as low as 200 CFS and as high as 7000 CFS.

The shape of Colorado’s river canyons allows you to raft the river even at a lower CFS. 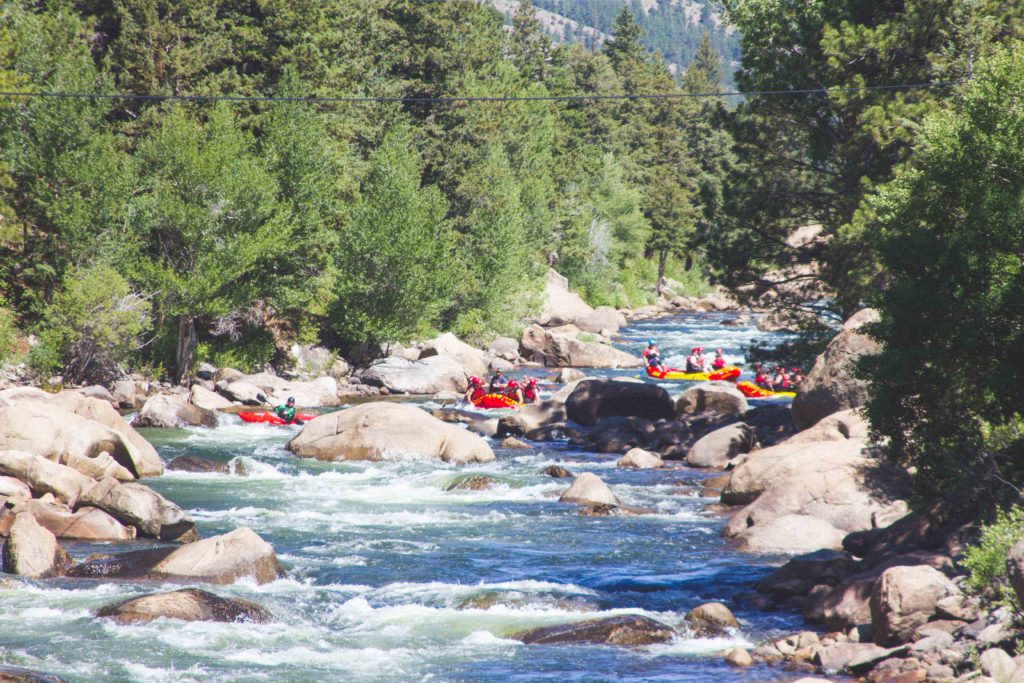 Good news off the bat: Colorado receives around 300 days of sunshine a year. Given those odds, it’s likely you’ll get to enjoy the sun for some, or all, of your raft trip!

The temperatures in May and September range from an average high of 60-70 degrees F (Fahrenheit) and a low of 30-40 degrees F. Check the weather report before your scheduled raft trip to help you determine what kind of clothes to pack.

During the majority of the summer, the temperature high rises to 70-80 degrees F and can still dip down to 30-40 degrees F in the evening, contingent upon which area of the state you are in and what river you are running.

That said, as the raft snakes its way through a canyon, you’re going to get wet, and the melted snow that fuels the river can be chilly year-round.

Water temperatures can range from 30 degrees and above during the early rafting season and rise to about 55 degrees in late rafting season.

So—when is the best time to whitewater raft in Colorado? Anytime during our season! If you’re looking for more adventure try Late May and early June when we typically see our peak water levels.  If you’re more interested in enjoying a beautiful day, then you can;t go wrong with a trip in July or August where temos can be in the 80s and 90s.  Regardless of when you decide to go, you’ll have a blast no matter the weather. If you’re ready to start planning your white water rafting trip, or just have a few questions, get in touch! We’re happy to help you plan your perfect rafting adventure.